This blog is all about mermaids, and our newest mermaid merchandise: 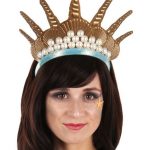 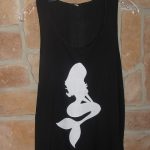 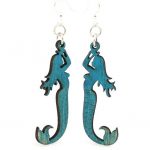 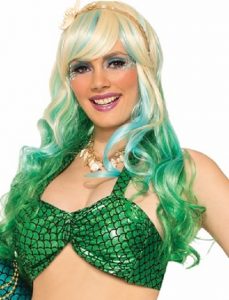 So what do people love all about mermaids? What are these creatures anyway?

A mermaid is a mythical creature with the head and torso of a woman and the tail of a fish. (There are also mermen; more on that later). They appear in folklore all over the world, but the earliest tales come out of ancient Assyria. Christopher Columbus reported seeing mermaids in his exploration of the Caribbean. Even today, there have been reported sighting of mermaids in Israel and Zimbabwe!

But here at Backward Glances, we love mermaids in pop culture. In 1836, Hans Christian Andersen wrote the fairytale “The Little Mermaid”. This romantic tale of a mermaid who has to become human to marry her prince, inspired a famous statue in Copenhagen harbor, erected in 1913. Of course, this story led to the Disney cartoon in 1989, and the Broadway musical in 2008.

Mermaid kitsch in the Unites States began in 1947, when the mermaids of Weeki Wachi Springs in Florida started their shows. These professional diving girls have been featured on postcards and draw over one million tourists per year.

Bette Midler has never been afraid to be kitschy. The Divine Miss M has had a mermaid character in her stage shows for years: Delores DeLago is a mermaid and Bette performs as Delores in a wheelchair (since a mermaid can’t walk). Here’s Delores in action in 1980’s “Divine madness”.

In 1984. mermaids came to the movies in “Splash”. I loved this romantic film about Tom Hanks falling for Daryl Hannah as Madison the mermaid.  A gender-reversal remake is now planned with Channing Tatum as a merman! Jillian Bell will be taking the Tom Hanks role.

So people love mermaids! Coney Island has been hosting a Mermaid Parade in June for 35 years. Their parade attracts a couple of thousand participants, and hundreds of thousands of viewers.

But Coney Island doesn’t have an exclusive on mermaids at the shore, so now the Asbury Park Promenade of Mermaids is here! The third annual procession is on August 26th at 2:00 pm on the Asbury Park boardwalk. Registration starts a noon. Come out in all your oceanic finery! If you need some help, stop in at Backward Glances for mermaid and pirate wardrobe and accessories. You can get some ideas here.  We’ve got these costumes out now–no need to wait until Halloween. And if you wait until the last minute, you will find Backward Glances at the Boardwalk on the day of the event, selling our wares in the Grand Arcade. We’ll have the mermaid clothing, along with great vintage clothes, cool tank tops, and lots of other amazing items.

And so ends our tale of the tail. See you in AP on August 26th. 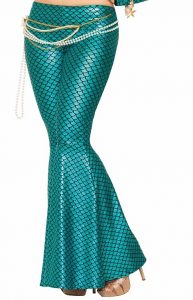