Everyone had a blast at the Mardi Gras celebration in Asbury Park on 2/22/20! King cakes, pets, music & more!

Our 5th annual Asbury Park Mardi Gras celebration was held on Saturday February 22nd. Look at all the fun we had! 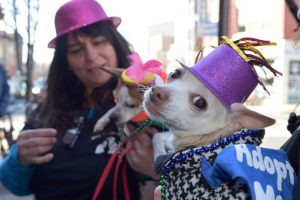 Our first Mardi Paws pet parade was a big success! Twenty eight dogs registered for the parade, which was organized by Paws Pet Boutique.  The registration fees raised funds for Wag On Inn Rescue. Dogs were available for adoption as well.  Type B Tie Dye’s Dancing Bear led the parade down Cookman Avenue.  After the parade, 3 deserving pooches were awarded prizes for being best dressed. All the dogs were adorable in their festive outfits. 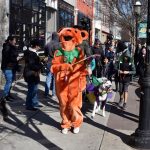 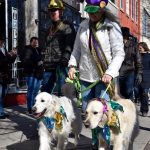 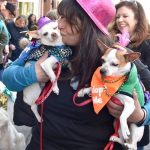 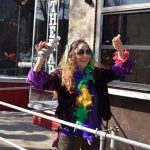 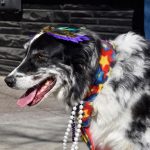 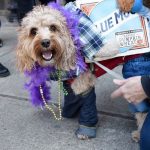 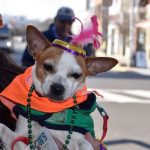 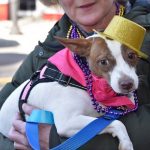 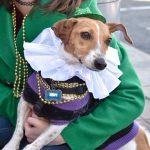 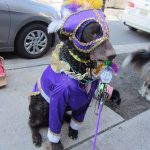 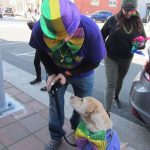 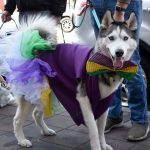 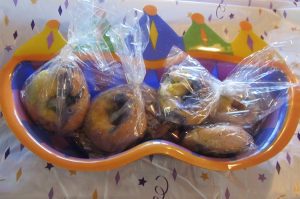 King cake babies were hidden in 19 businesses downtown. Our intrepid hunters had to locate all the babies and write down the secret words that they held.  All participants were rewarded with a mini king cake baked by Crust & Crumble.  Five lucky hunters received awesome prize packages donated by the merchants of Asbury Park.

This was the 3rd year for Mardi Gras Happy Hour at Taka, and food and drinks were delicious as ever.  Taka always puts such an interesting spin on New Orleans favorites! This year’s menu included Cajun Yakisoba with crawfish and andouille sausage, BBQ Shrimp Bao Buns, and Shrimp & Grits.  This is a great place to meet up before heading over to the ball! 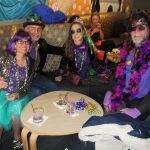 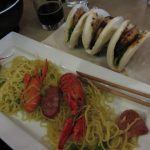 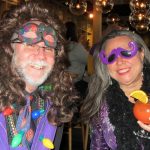 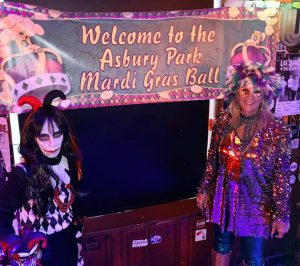 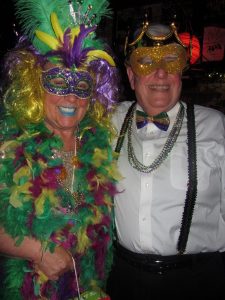 Time to party at the Saint! The VooDUDES returned for another night of dancing fun.  Our opening act, the Outcrops, wowed the crowd and made lots of new fans.

Costumes were wonderful; it is always so hard to choose our prize winners. After lots of cheering and applause we crowned our 2020 King and Queen: King Tom from Union Beach and Queen Donna from Asbury Park. 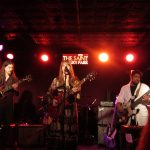 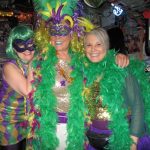 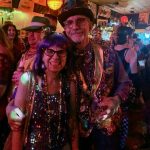 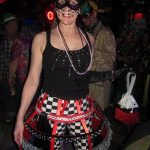 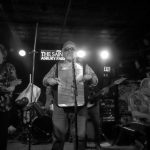 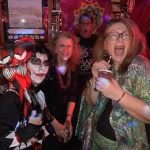 Current and past kings and queens of Asbury Park met for one royal photo. 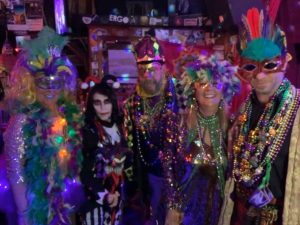 Who will be rulers of 2021 Mardi Gras? See you next year to find out.