Calling all artists, funky dressers and other creative types! Backward Glances was recently announced as one of only 40 stores across the United States who will participate in the first-ever Colossal Coachman hat designer Contest — presented by headwear manufacturer and distributer elope Inc. So put on your thinking caps and let’s show them all that New Jersey has the coolest, most innovative folks around.

To enter, come to Backward Glances and get an elope coachman top hat, and decorate it any way you please. We’re going to have 12 free hats to give away; follow us on Facebook and Instagram to find out when you can win! Decorated hats must be submitted by Friday July 17th;. The designs will be judged based on their use of the elope hat style, creativity, overall effect, and crowd appeal. The winning design will be announced following the Grand Parade of Hats at the Mad Hatter’s Tea Party on Sunday July 19th here at Backward Glances. Iced tea and cake will be supplied; wear your best vintage tea party attire to qualify for more prizes.

The local champion will be awarded a prize package from the stores of the Shoppes at the Arcade and they will then be in the running for the grand prize, which is a $1000 prize package of elope hats and party-planning supplies and $100 cash. The national grand prize winner will be announced August 19th.

“We love costuming and creating original designs. Our goal with this contest is to share that DIY and maker sensibility with our retailers,” said elope CEO Kevin Johnson. “We want to inspire creative costume parties that are about fun and friends – and not just on Halloween!”  We agree; Backward Glances has been all about fun for almost 30 years, and we’re thrilled to be partnering with elope for this fun contest! 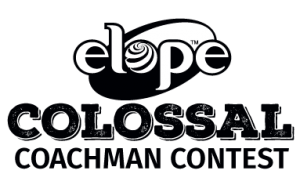