Join us for a concert by Arlan Feiles during Asbury Underground!

Asbury Underground is back for it’s January edition, held in conjunction with the Light of Day festival.  We’re very happy to be hosting singer/songwriter Arlan Feiles on Saturday January 13th at 2 pm.

Arlan was discovered and mentored by legendary record producer Tom Dowd. He has gone on to record several highly acclaimed records and has his music heard in many TV programs and movies, including the Academy award winning film the Dallas Buyers Club. Arlan is equally known for his efforts supporting voting and civil rights. We’re thrilled to have Arlan as our stop on the Asbury Underground downtown art and music crawl.  We are just one of eighteen venues that day, and all the music is free!

Asbury Underground is part of the Light Of Day Winterfest week. The Light of Day foundation raises money and awareness to fight Parkinson’s Disease and its related illnesses. They hold fund-raising concerts world-wide, but the Asbury Park is where it all started. Get more information about Light of Day and the Winterfest schedule here. 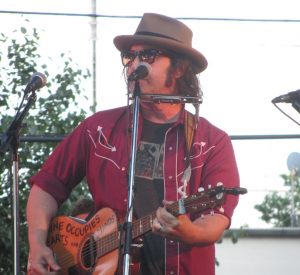