On Sunday, January 13th, 2019, Musicians on a Mission will host, THE BRITISH INVASION – Open Mic & Food Drive, at Backward Glances on the lower level of the SHOPPES AT THE ARCADE, 658 Cookman Avenue, Asbury Park, NJ from 11:30am – 5:00 pm. Our special guest host will be Tom Johnston.

This time, Musicians on a Mission has chosen British Invasion music as the theme, which means each artist will do at least one song that has to do with the theme, plus two more songs (covers or originals or more theme songs). The chosen theme song will be a song that comes from that amazing era in music that came out of the UK between 1963 and 1967. It can be a song from the Yardbirds or the Stones, or one of the many incredible bands that were turning out those great tunes that dominated US Top 40 radio in the mid-sixties.

Support for other performers is a priority for MOAM, so please show up early and stay late. There will be a grand finale song (GLAD ALL OVER by THE DAVE CLARK FIVE) for everyone to share at the end of the event. Plan to stay for the finale. Lyric and chord sheets will be available for this song, so everyone can join in.

Admission is $5 donation at the door or $3 with two non-perishable food donations (or more if you like!). Proceeds to benefit FULFILL, formerly known as the Food Bank of Monmouth and Ocean Counties. 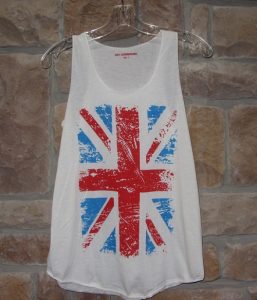