January in Asbury Park means it is time for Light of Day and the free Asbury Underground music crawl! This year, Backward Glances is happy to host Rachel Ana Dobken and Doug Zambon. 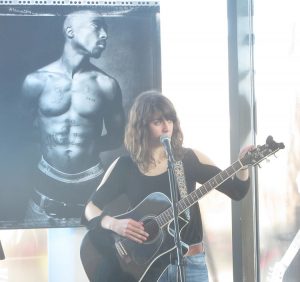 Multi-instrumentalist and songwriter Rachel Ana Dobken released the acclaimed LP “When It Happens to You” in October 2018. You may know Rachel from her job as musical director at famed photographer Danny Clinch’s Transparent Gallery.  Danny appeared on her album and did all the photography for the record.  With a  pedigree like this, you never know who might show up at her AU set!  Rachel will be appearing in front on Backward Glances at 2:00.  Here’s a look at Rachel, with a video filled at a retro roller rink!

Doug Zambon is best known as the frontman of the rootsy punk band the Vansaders.  The Vansaders were just included in the Asbury Park Press’s list of Jersey musicians you need to know in 2020. Get to know Doug when he makes a special solo appearance here at  at 4:00.  Here’s a look at Doug in action. 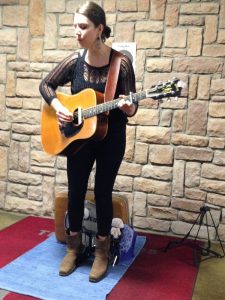 But there’s even more music that day in the Shoppes at the Arcade! Upstairs at Motion City Media, you can kick off your day with Quincy Mumord at 1:30. After Rachel’s set downstairs, go back up to Motion city for Tara Dente at 2;30.  More shows at Motion City: at 3;30 you can catch Cranston Dean, Amanda Duncan at 4:30, and Julian Fulton at 5:30.  Tara and Amanda have played our AU showcases in the past, and we’re excited to have them back in the building. 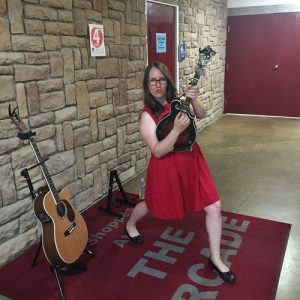 Asbury Underground is part of the Light Of Day Winterfest week. The Light of Day foundation raises money and awareness to fight Parkinson’s Disease and its related illnesses. Find out more about Light of Day here.