Backward Glances was happy to be a part of Light of Day Asbury Underground!

Another Light of Day weekend is over. This was the 16th edition of the event, with money raised to fight Parkinson’s Disease.  We were thrilled to be a small part of it.  The Light of Day Asbury Underground downtown art and music crawl was held on Saturday January 16th. Up Joe’s Alley, the afternoon of alternative music curated by local musician Joe Harvard was moved from its usual outside garden spot, into our building the Shoppes at the Arcade. Joe joked that it was now called “Down Joe’s Basement”.

In addition to the music, there was a the secret glow in the dark art gallery, and food samples from Dino’s on Main. The lasagna roll-ups and Italian tuna crudo cups were a big hit with everyone (especially the musicians).

The schedule Joe chose for the afternoon could only be described as “eclectic”. From the hip-hop sounds of the Boys and Girls club kids, to the crazed antics of Marc Davis on the xylophone of wrench, the unusual instrumentation of Jon Francis, the new wave-ish sounds of Daughter Vision, the hard rock of Shaun Mars, and the twisted Americana of Puppy Grease, it was an afternoon to remember. 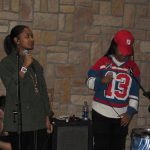 The Hip Hop Institute of the Boys & Girls Club 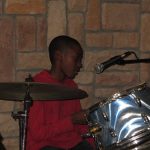 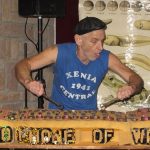 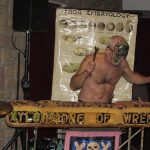 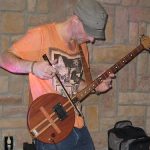 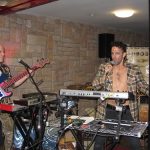 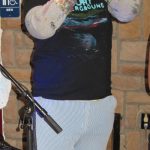 He bought his pants at BG earlier that day 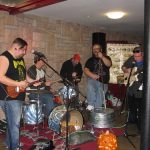 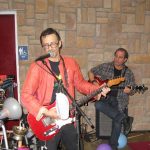 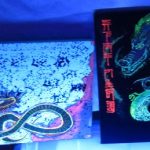