If you wear your sunglasses at night, we’ve got the 80s glasses styles you need! 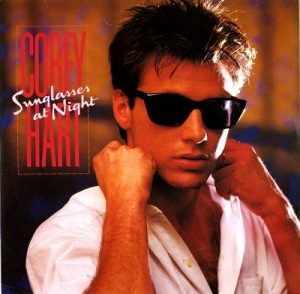 Did you know that Wayfarers were first designed in 1952? This was a totally new shape for sunglasses, which took advantage of new plastic molding technology. Although the ray ban style sunglasses were very popular in the 1950s and 60s, sales declined in the 70s. But in the 80s, Wayfarers were back! In 1980, they appeared in “the Blues Brothers” movie. Then in 1982, Ray-Ban signed a deal to place their sunglasses in movies and TV shows. Tom Cruise wore them in “Risky Business” in 1983, and 360,000 pairs were sold that year. The sunglasses later showed up in “Miami Vice”, “Moonlighting” and “the Breakfast Club”, and in 1986 they sold 1.5 million pairs. Wayfarers hit the top 10 music charts in the 80s with Don Henley in “the Boys of Summer” (“You got that hair slicked back and those Wayfarers on”), and Corey Hart wearing his “Sunglasses at Night“.

All glasses are $8 each, or two for $15
Not all colors may be in stock; please contact us for current inventory.