There’s a new Superman TV show, so let’s look at Super style through the years!

Hello, I am Cindy and I am a Superman superfan.  I’m looking forward to the new Superman show, “Superman & Lois”, premiering tonight on the CW.  There have been many versions of Superman and Lois Lane through the decades, and each one has its own Super style. Let’s take a look at the fashions that make the man of steel and his girl Lois. 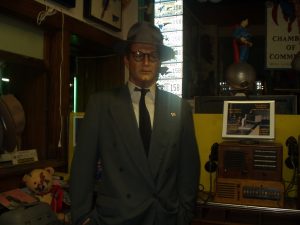 Superman was created by Joe Shuster and Jerry Seigel in 1938, but he gets his first taste of Tv popularity in the “Adventures of Superman” starring George Reeves in 1952 through 1958.  This Clark Kent was nerdy as usual, but wore great double-breasted suits and fedoras, like a 40’s private eye.    Phyllis Coates was the first Lois, and was a tough broad.  Noel Neill replaced her and played Lois as a little sweeter and more innocent. Both wore wonderful fitted suits, and oh those cute hats! 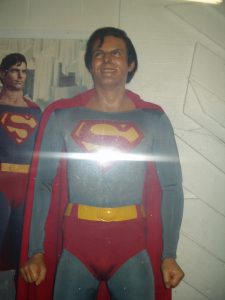 The next Superman who grabbed me (I wish!) was Christopher Reeve in 1978. Wearing a 3-piece 70’s suit and slicked back hair, he was a great nerd, but a hunky hero.  Margo Kidder played his Lois in pastel colors and 70’s style.

In the 90’s, we got “Lois & Clark: the new Adventures of Superman”. Dean Cain’s Clark wore power suits with wide ties and wire rimmed glasses. Teri Hatcher’s Lois wore darker suits with patterns like polka dots, checks and stripes. In her off hours from the Daily Planet, there was lace and sexy clingy fabric.  Very 90’s! 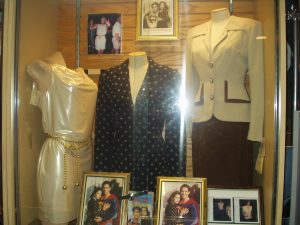 It seems like we get a new Superman every 10 years. Superman for the 2000’s was young Tom Welling on “Smallvillle”. His farm boy wore a lot of plaid! Erica Durance was Lois Lane. She was much more casual than past Loises; she frequently wore jeans and bared her shoulders in tank tops.

Each set of super couples were a mirror of their fashion times. What will we get from Tyler Hoechlin and Elizabeth Tulloch in 2021? Let’s tune in and see.

These Super-photos were taken at the Super Museum in Metropolis, Illinois.