Right down the block from Backward Glances is a landmark of Asbury Park music history: the Upstage Club

The Upstage Club was located at 700 Cookman Avenue in Asbury Park. Founded by Tom and Margaret Potter in 1968 on the second and third floors above a shoe store, the club was a place where future stars honed their music skills. The Upstage was a hangout for Bruce Springsteen, Little Steven Van Zandt and other future E Street band members, and Southside Johnny Lyon.

Jam sessions at the Upstage Club, a nonalcoholic establishment, began at 9 p.m. and lasted until midnight. Then, due to a zoning law, the club was cleared out for one hour and the jam sessions them began again until the early morning hours.

Recently the Upstage was featured in the new film by Tom Jones, “Just Before the Dawn”. This film explores the history of Asbury Park music from its beginnings to today. It was premiered at the Asbury Park Music and Film Festival, and was followed by a jam session at the Paramount Theatre featuring Bruce Springsteen, Little Steven, Southside Johnny, and other veterans of the scene.  You can view the trailer for the film here.

The club closed in 1971 but all the psychedelic murals remained intact, a time capsule of the 1960’s. The building is now scheduled to be gutted and converted to condos. I was lucky enough to get inside the Upstage Club in 2015. Let me take you on a tour. 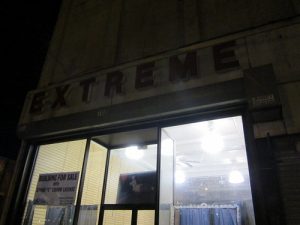 Hidden in this building is a relic of the 60’s 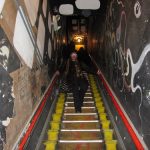 Come with me up the stairs to the former Upstage location 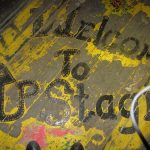 Welcome to the Upstage 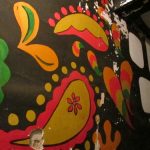 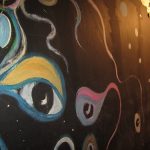 This mural is looking at you 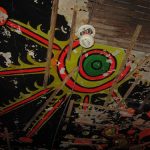 They even had murals on the cieling 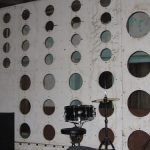 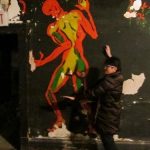 Even the murals were dancing 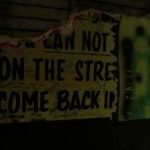 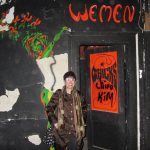 Psychedelic entrance to the ladies room

Here’s some photos of the Upstage Jam 4/21/17. It was great to see these music veterans having fun, acting like they were teenagers again. They were joined by the Lakehouse Jr. Pros, a group of modern teenagers, and the future of Asbury Park music. 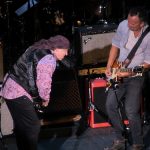 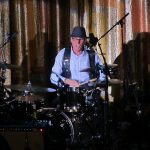 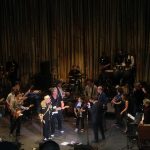